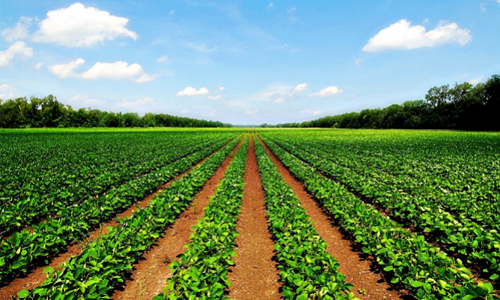 Agriculture remains an integral part of the African economy as well as the daily lives of the majority of Africans, accounting for just over sixty percent (60%) of jobs across the continent. The continent has sixty-five percent (65%) of the uncultivated arable land left in the world to feed 9 billion people by 2050 . It is estimated that agriculture is Africa’s largest economic sector, representing fifteen percent (15%) of the continent’s total GDP, or more than One Hundred Billion Dollars ($100,000,000,000.00) annually. It is highly concentrated, with Egypt and Nigeria alone accounting for one third of the total agricultural output and the top ten (10) countries generating seventy-five
percent (75%) of the agricultural output.
According to the World Bank national accounts data, and OECD National Accounts data files, Agriculture, forestry, and fishing, value added percentage of the GDP in Sub-Saharan Africa is 15.3% as at 2019. 3 This clearly shows that what we do with African agriculture today will determine the future of food in the world.